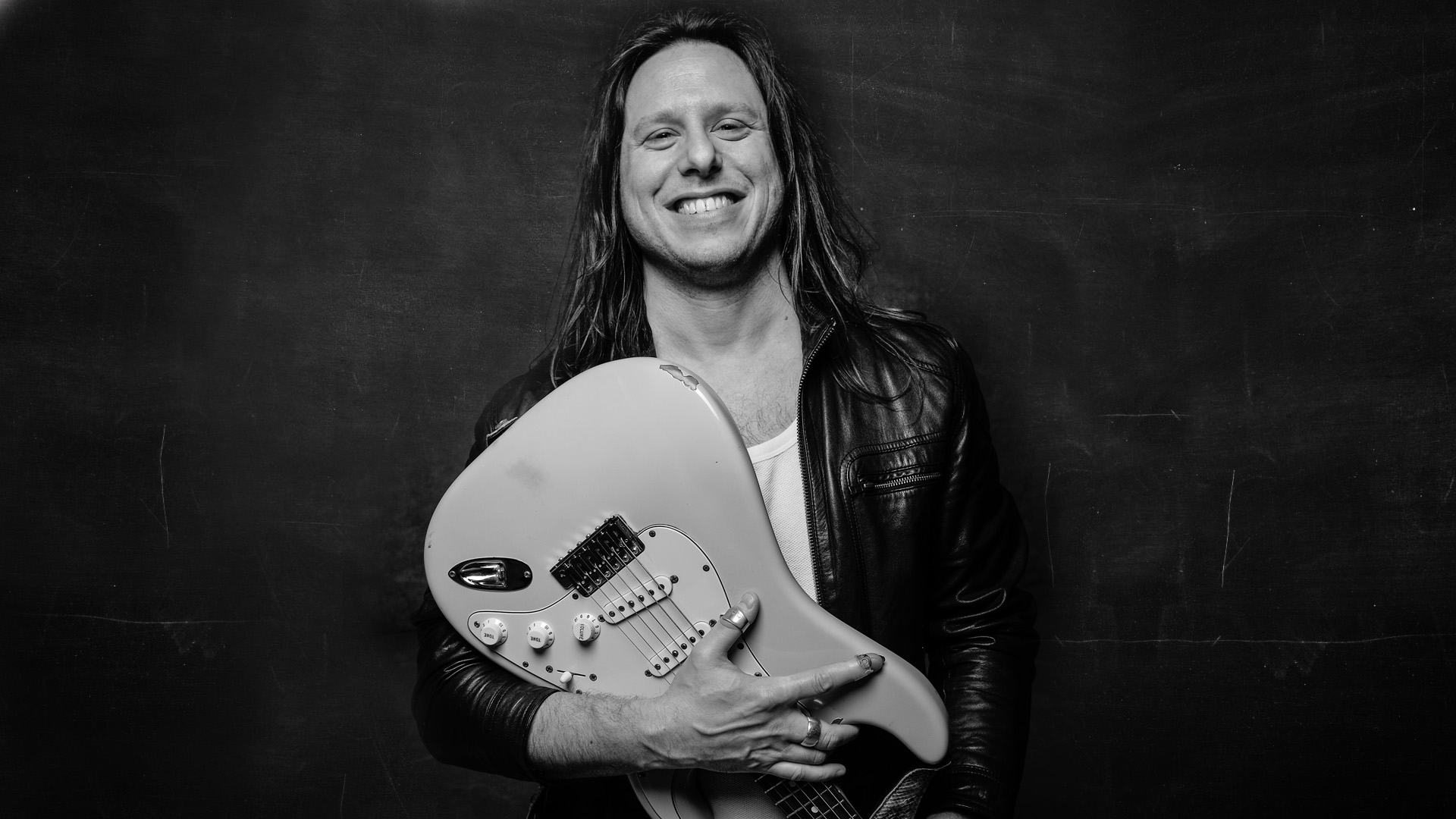 Blues guitarist recognized as a virtuoso of the slide guitar

Joe Colombo is a Swiss/Italian blues guitarist recognized as a virtuoso of the slide guitar.

Born and raised in Locarno, Switzerland, Joe Colombo’s love of the guitar started at an early age when his parents introduced him to the music of Jimi Hendrix. At the age of twelve he was already trying to emulate his heroes – Johnny Winter and Stevie Ray Vaughan.

At the age of sixteen Joe started playing in many local bands but as soon as he reached his twenties he decided to leave for the US. “I wanted to live and experience the music that was such a strong part of me. I saved the money and booked a flight for Los Angeles.”

After six months his visa expired and Joe came back to Switzerland with a full repertoire of original compositions based on his slide guitar ability. He was ready to start his journey as a professional player. In 2002 he released his debut album “Natural Born Slider” under the Italian label Comet/Horizons.

His all instrumental “Natural Born Slider” album impressed the critics and gave him the opportunity to debut on the double release tribute to Jimi Hendrix “Voodoo Crossing” and “Gypsy Blood”, along with international artists such as Robben Ford, Steve Lukather, Larry Coryell and Hiram Bullock.

After his explosive local success, especially in the Italian part of Switzerland and north Italy, Joe got the chance to meet American blues and soul singer Terry Evans. It happened at the prestigious Piazza Blues Festival in Switzerland and it was the beginning of a friendship and musical collaboration that lasted for 18 years. Later, Terry invited him to join his band on many major tours all over Europe and the US, from 2005 until 2008 and again in 2012 and 2013.

At different stages in his career Joe kept working on his own music and in the years that followed he released various independent productions like his 2009 album “Deltachrome” that reached a more hard blues and heavy rock audience in contrast to a few acoustic blues releases and two live records – “BorderLive” in 2011 and “Live at Taco’s” in 2012.

His recording activity includes more than twenty guest appearances, including Terry Evans “Fire in The Feeling” in 2005 and the Italian rock star Eugenio Finardi’s double album “Sessanta” in 2012 where he also co-wrote two songs. It took him years to get back exclusively to his trio project but in 2017 he finally released his most complete and defined album to date: “StratoSlider”.

The new album “StratoSlider” (2017) is an intense, energetic instrumental contemporary blues album where the slide guitar sings, talks and tells stories with unquestionable authenticity. The album is made up of eight original tracks plus an arrangement of the traditional “St. James Infirmary “. The track list includes stylistic references that pay tribute to the great Texas guitarist Johnny Winter to whom the song “Johnny D.” is explicitly dedicated and songs that are about today’s delta-blues, Tex-Mex rhythms and Afro-Caribbean grooves. This is an entirely instrumental album that sums up twenty years of an artistic career during which Joe Colombo has been constantly looking for new horizons beyond the bounds and stereotypes of the genre. The blues belongs to him.